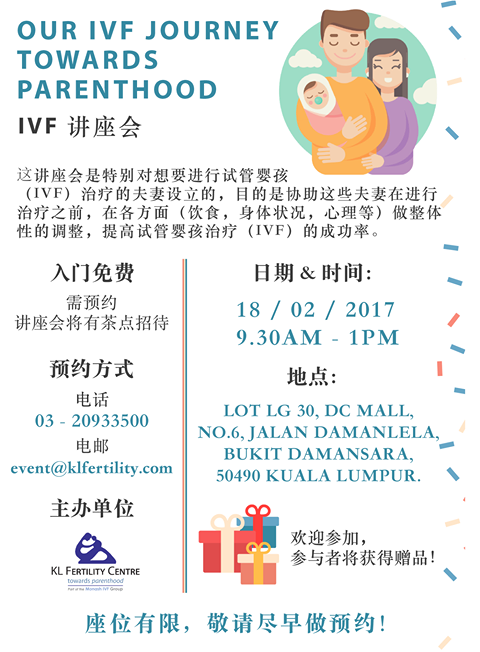 One of the most important lesson that I have learnt from my mentor in IVF is that IVF is equivalent to an exam. The likelihood of passing an exam (aka. achieve a pregnancy) is increased if you are prepared for it. Half of the battle is won not during the battle itself but during the preparation for the battle.

As a seasoned student (I have been through many exams including my professional exams), I could not agree more. A famous Chinese military general, strategist and philosopher, Sun Tzi (600 B.C.), who authored the famous book ‘the Art of War’ had clearly illustrated and emphasized the importance of being ‘prepared’ as the secret of a victory.

Therefore, before you embark on your journey of IVF, would you join the wining team by preparing yourself for the battle?