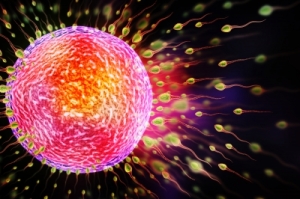 Doctor, can I have an IVF?

One of the unique encounters that I always faced as a doctor who works in the field of Fertility is:  patients would walk into my clinic and the first thing they would ask is: ‘Doctor, Can I have an IVF (In-vitro Fertilization)?’ My standard answer would be: ‘yes, you can, but please do let me find out whether you need it in the first place.’ These patients would then happily sit down to tell me about their history and why they think they need an IVF. Eventually, after a thorough check-up and a bit of advice, half of them do not really need to go through an IVF to achieve a pregnancy.

So, has IVF gained so much popularity over the last 10 years and has it become the next coolest thing to have beside our newest Apple or Samsung gadgets, or have the world populations become more sub-fertile and require IVF to achieve pregnancies?

The answer is not straight-forward. Yes, there are numerous evidences to show that our world population is now facing more problems getting pregnant. The recent study from France showed that there had been a tremendous fall in men’s sperm count and quality over the last 16 years. Statistics also showed that the incidence of male infertility has risen over the last 10-20 years and it is now becoming the contributing factor for 40-50% of the sub-fertile populations. On the other hand, increased awareness of IVF and its success rates also contributed the popularity of IVF. After all, celebrities such as Celine Dion, Mariah Carey & J Lo were all the coolest pregnant mums who have the success story of IVF to tell……

What are the various types of Fertility Treatment?

Fertility Treatment varies from a simple to complex medical treatment such as IVF (In-vitro Fertilization). The simplest treatment, which is starting the woman on oral fertility medication such as Clomiphene, is suitable for couples who have difficulty deciding when the most fertile time of the month is. This treatment is useful for those women who have irregular menstrual cycles and have difficulty predicting ovulation and have no other issues prohibiting them from having a pregnancy naturally. Ovulation problems account for about 20-25% of the problems we see in the clinic and these are often the easiest to resolve without needing expensive treatments.

If this doesn’t work after a couple of months, or if there are presence of other problems such as weak sperms, it may be wise to move on to intrauterine insemination (IUI) as the next step. If all else fails, or if it a severe problem such as blocked or damaged fallopian tubes or an extremely low sperm count, In-vitro Fertilization (IVF) or Intracytoplasmic Sperm Injection (ICSI) may be necessary. These last two treatments have very high success rates.

What is an IUI (In-utero Inseminations)?

A simple fertility treatment, IUI is commonly the first line of treatment especially when no fertility problem is identified (unexplained) or when the male partner’s sperm is slightly below normal. It involves inserting sperm into the female partner’s uterus at the time of ovulation.

The process varies in one Fertility unit to another but the principle of the treatment remains the same:

It is meant to be easy and inexpensive but may need to be repeated multiple times as pregnancy rates are only 10-15% each time it is performed. It cannot be used where the fallopian tubes are damaged or where the sperm is very poor.

What is an IVF (In-vitro Fertilization)?

Over the last 30 years, IVF has made tremendous progress in its acceptability and success rates. In 1973, Monash Institute of Reproduction and Development (now known as Monash IVF) researchers achieved the world’s first IVF pregnancy. However, this pregnancy resulted in an ectopic pregnancy. Five years later, based on their work, the world’s first IVF baby was born in the UK in July 1978.

IVF is a technique that mimics the process of human fertilization in the laboratory. Although it is now readily and widely available, the success of an IVF depends on a high degree of knowledge, the skill and attention to detail by the doctor and the advances in the laboratory.

The process of an IVF involves removing eggs from the woman’s body, fertilizing them in the laboratory with her partner’s sperm and transferring the resulting embryos back to her uterus between Day 3 to day 5 after fertilization.

Though this is a simple explanation of IVF-ET, the procedure involves five essential steps:

(2)    removing the eggs from the body (egg collection procedure)

(4)    fertilization of the eggs in the laboratory

(5)    placing the embryos in the uterus (embryo transfer procedure) and using further medications to strengthen the uterus (womb) until the day of the pregnancy test.

If there are extra embryos left after the embryo transfer procedure, they are frozen (frozen embryos) and used at a later stage to attempt pregnancy again.

Since the first IVF in 1973 by Monash IVF, over five million babies have been born using this method. It is an effective treatment for almost all causes of infertility.

What is an ICSI (Intra-cytoplasmic Sperm Injections)?

In early 1980, researchers from Monash IVF developed a technique for injecting sperm into mature oocyte to achieve fertilization.  This technique took many years to be perfected and over the last 10 years, it had completely revolutionized the field of IVF. Just as IVF changed the destiny of women with damaged tubes, ICSI has revolutionized the treatment of male infertility. Without it, millions of men with poor or weak sperm would never be able to father babies. With male infertility increasing worldwide, there is an increasing need to resort to ICSI to have children.

ICSI involves injection of single sperm in to an egg in order to cause fertilization. The steps involved are the same as for IVF except that in the laboratory, a single sperm is picked up with a fine needle and injected into the egg to create an embryo. This technique is useful for cases whereby the cause of infertility is due to poor quality sperm. Pregnancy rates are similar to IVF.

This site uses Akismet to reduce spam. Learn how your comment data is processed.